Your show was great!  The seniors loved it – I could tell by the way they were singing along and nodding their heads in response.  And, I got many, many positive comments as they left!

I knew a presentation about the Beatles would be popular here – but I was surprised and so pleased with the high turnout.

Thank you so much for the recent entertainment at the Woburn Senior Center Volunteer Appreciation Day.  The audience was engaged throughout and we continue to have compliments regarding the program.

We look forward to a return visit.  The quality of your presentation is both informative as well as entertaining. 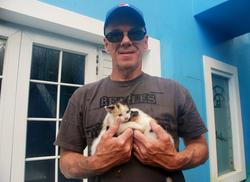 Sometimes people ask about my background...

We are sooooo excited to have you on the show. I told the crew all about you and they cannot wait to hear you perform.    Thanks again for being part of our wonderful show!!!!LauRA Sheridan - www.rarawithlaura.com

Since 2007, I have performed as a solo act, in a duo, in a trio and in three different Beatles tribute bands:  The BackBeat Stage Band, Fab4Ever and 4EverFab.  I currently play in 4EverFab while also performing the solo presentation: A Cultural and Historical Reflection of the 1960s through the Music of The Beatles 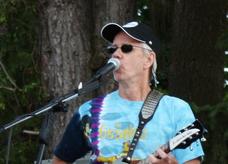 Like so many other kids who were watching the Ed Sullivan show on Sunday, February 9, 1964, I was instantly taken by The Beatles.  Everything about them was amazing - the way they dressed, their hair, their wit - but most importantly, their music.

Their music endures because it was so good.  They redefined what an album was.  Their "filler songs" were better than most other bands' hits - and everyone knows the songs!

Even some 50+ years later, Everyone Loves The Beatles!

Mine are the eyes of a fan, too.

Besides the tribute band, I also offer a solo acoustic-based presentation for civic clubs, senior centers and libraries.  It features narration, live music and a multi-media presentation.  It focuses on the cultural and historical influence The Beatles had on the 1960s.

I started guitar lessons at age 8 at the Butler Music School in Somerville, MA

At 17, I was playing in the high school stage band.

I took a lot of time off.  Then in 2007, I sat in with the band playing at our 35th high school reunion.  I didn't know it at the time, but five years later, I would be playing with those same guys in our Beatles tribute band:  4EverFab.

You cannot know how many times our committee has commended you…the way you stepped up to help this year…with very little notice.